That’s the Sound of Men Working on the Drain: 7 Plumbing Issues That Require a Pro 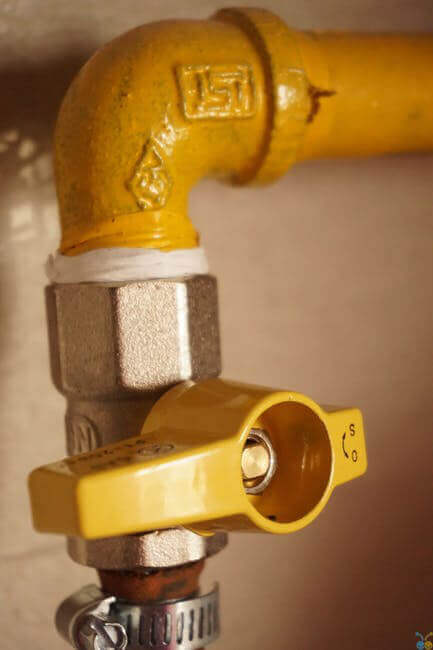 Even though many things seen on television or in movies can be exaggerated or false, people really do sing in the shower. So do pipes for that matter. Pipe shriek can be loud enough to cause tinnitus in the long term.

Shrieking pipes can be fixed with a quick swap of a shower head or bleeding the gas line to the hot water heater. Other plumbing issues cause more damage and don’t come so easy to diagnose or fix.

How costly? Even a modest water damage cleanup runs an average of $4,426. That’s for a single room.

Don’t let widespread plumbing failure turn your home into a scene from Aronofsky’s Noah film. Instead, make the call and get yourself some help for the following professional grade issues.

It remains a blessing and a curse that television never got smell-o-vision to take off. You really miss out on some of the more annoying details of popular Medieval shows.

You don’t smell the rot, you don’t feel the dank. There is a definitive lack of the sewage smells that permeated ancient life before modern plumbing.

The upside of that failure of technology is you get to play detective whenever household drain systems act up.

These problems can be found and fixed, though normally outside of layman skillsets. If you detect any of these problems, it’s better to get help than to find out exactly why smell-o-vision was such a bad idea.

1. Odors From the Deep

Two different problems can cause rancid odors to lift up from the pipes and taint your home. Keep in mind that most of the components in foul water smells are benign, but not all.

The first category of smells comes from a drain problem. The things you are trying to wash out of the home are getting stuck and rotting close enough to get back to you.

These smells tend to be musty and watery. They aren’t pleasant but they won’t send you into a wretching fit.

The second category comes from sewage back up. This is where things have gone so wrong that waste is coming into your line instead of out. Those smells can hit hard and lead to more than an unpleasant sensation.

Slow drains are the least nefarious of the problems here. They act as harbingers for other problems, though.

If it takes longer for the water to leave the sink than it did to fill it up, something is amiss.

This can be a systemic issue further along but is more likely local. Most commonly you see slow draining in kitchen sinks where fats and grease coat the inside of a line. This effectively makes the pipe smaller.

In bathrooms, you see the same thing because humans excrete oils and fats. It is a thing.

While a slow drain is a problem in itself, it promotes clogs as well.

A clog in a single place is annoying. The kind of thing that requires some plunging, chemicals, or sometimes a U-joint removal.

When clogs show up in several places at once, the real clog is somewhere further in the line. This isn’t the kind of clog you are likely to dislodge solo.

A connected clog that comes with a foul smell also indicates damage to pipes from infiltrations or breaks.

The worst kind of clogged drain deep in pipe territory is the recurring clog. This starts out almost feeling good.

A drain clogs, you whip out your favorite DIY drain clear method and watch the water swirl away. You fixed the problem, you feel a champion of your own home. No problem is your match.

A day later the problem is back. Again you conquer. Again it stands up.

To kill these kinds of undying clogs, you need to find the deeper problem.

5. Water in All the Places

The dead give away that you need a plumber is finding a lot of water outside of places where water goes.

Seepage of water around the base of a toilet points to a broken seal. Water all over the kitchen could be a burst pipe. If you have water backing up in a lot of areas all at once indicates a main drain clog.

Water coming up from the basement and soaking the living room is either a broken pipe or you slept through a hurricane.

Or a dam broke. Or half the mountain decided to melt all at once.

When water comes out of the tap, it should be clear. It may or may not be bubbly depending on your aquifer and the feed to your home.

Cloudy water that becomes clear after a moment of resting is just aerated. Water that comes out tinged with yellow, brown, or red shows contaminants from heavy metals and corrosion.

Occasionally you get lucky and this is just your hot water heater dying in horrible coughs and fits. In the more expensive category, it is a rupture in a pipe that is letting outside materials in.

The worst case is your pipes were not up to code when installed and have corroded, allowing rust and cadmium to leech out of the pipe.

Watches, rings, toys, and earrings all sometimes fall into a sink. Getting them back out sometimes goes well, sometimes, not so well.

Not only do these objects clog a drain, leading to some of the problems listed above, but you are out the lost valuable.

To reclaim your items with minimal damage, it is best to get a professional.

It’s important to become familiar with the signs and symptoms of catastrophic plumbing issues. Now that you have an idea what to check for, do so regularly.

That said, not every problem gives warning. Sometimes pipes fracture and burst out of nowhere. When the water gushes freely, reach for emergency plumbing to limit damages and save money.