Pvc Plumbing vs Copper: Which One Is Right for the Job? 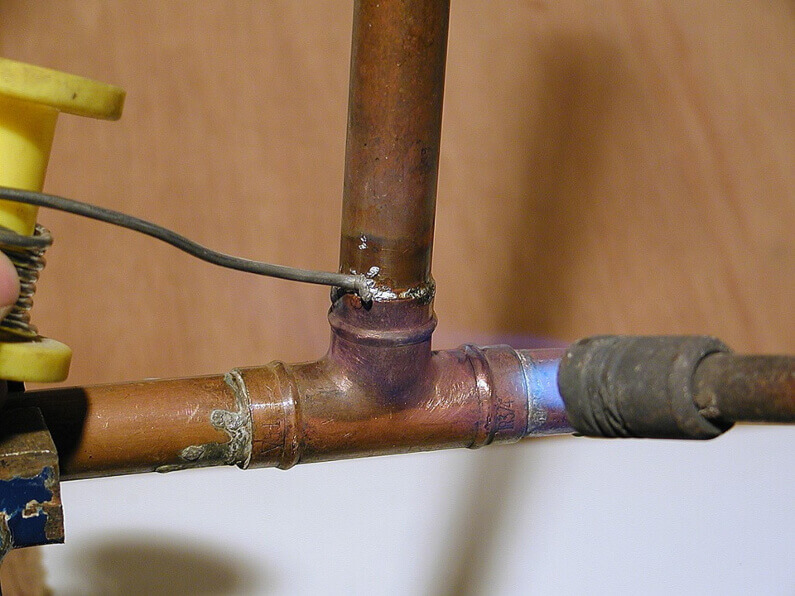 PVC pipes were first made in 1932 and have since become one of the most popular piping materials in the world.

Copper pipes have been used for thousands of years, including by the ancient Romans. They are also a top contender for the most popular pipe in the world.

But which is better? And how can you know which one is right for your situation?

Read our quick summary and you’ll know everything you need to know to choose between copper and PVC plumbing.

There are a number of variations of PVC plumbing, including CPVC, PEX pipes, and the classic PVC pipe.

Because PVC plumbing pipes are rigid and sturdy, some people use PVC pipes to build camping and other structures. Their rigidity also allows them to maintain their structure with little need for supports, which can help simplify the installation process.

On the other hand, PVC pipes don’t bend, so you’ll need elbow joints and other connectors for any bends and turns in your PVC plumbing layout. Unfortunately, every joint is an added opportunity for a leak, so professional level installation is a must with PVC plumbing!

PVC pipes are not suitable for extremely hot water, as they can emit dangerous chemicals if overheated. As long as you keep your water under 140 degree Fahrenheit, PVC pipes can be an economical and convenient choice for your home plumbing.

CPVC pipes are a version of PVC pipes with greater flexibility and heat resistance. They can withstand temperatures up to 200 degrees Fahrenheit before they begin to break down, malfunction, or emit dangerous chemicals.

Their flexibility makes them easier to bend around corners, but also requires you to add some structural supports so they don’t lose their shape.

While PVC pipes are white, CPVC pipes usually come in black and are somewhat more expensive.

PEX pipes were invented in 1968 by a German scientist. They are made with a special manufacturing process that includes radiation to create an unusually flexible plastic pipe.

Modern PEX pipes have been designed with antioxidants to make them suitable for transporting water that contains significant levels of chlorine. On top of that, new PEX fitting systems allow them to operate with very few leaking problems.

PEX pipes are conveniently color coded in red and blue: red for hot water and blue for cold water.

One great thing is that PEX pipes come in three types, each one made differently and providing different advantages.

PEX A is the most expensive of the PEX pipes. Its flexibility is its greatest selling point. Not only does its flexible structure make it easier to install, it also makes it the most highly resistant to cold of the PEX pipes.

PEX B is a middle ground between PEX A and PEX C in terms of price and flexibility. It is moderately flexible and moderately expensive. Unless you need the extreme flexibility of PEX A, PEX B is a great choice that allows you to save some money while still enjoying an easy installation process and good resistance to cold.

PEX C is the cheapest of the PEX pipes, and is somewhat inflexible. Its inflexibility can make it susceptible to developing kinks or becoming damaged by extreme cold. Its economical price can be tempting, though, and PEX C is perfectly suitable for turn-free piping that holds warm or cool water.

In general, plastic piping tends to be cheaper than copper or other metal piping. It withstands cold better and is sometimes easier to install. Easier installation also means that a professional is likely to charge you less for installing your plastic pipes.

Plastic pipes do not require soldering to install, and they are resistant to corrosion. Even the relatively rigid types of plastic piping tend to have some room for expansion or shock absorption that helps them to resist some kinds of punishment that metal pipes might have trouble with.

At the same time, plastic pipes are more sensitive to ultraviolet light. While they are designed with a UV shield, copper pipes can still handle the sun most easily.

Copper piping can raise the selling price of a home, a powerful commentary on its appeal and advantages. Also, copper piping has been used for literally thousands of years, meaning it’s been tested under every possible situation.

The verdict is clear. Copper water piping is resilient, durable, and resistant to sun and corrosion. As a metal pipe, it is miles more resistant to heat and fire than plastic alternatives.

While ingesting plastic is bad for the body, copper is actually an essential part of people’s diet! Any trace amounts of copper piping that may exist in our water are potentially beneficial.

At the same time, copper has its own weaknesses. High water velocity, acidic water, and bad soil can all degrade the quality of copper. In modern situations, however, these situations are rare, making copper a popular choice for those seeking something durable.

Generally speaking, copper is also a more expensive choice, both for the cost of material and the cost of labor. It is somewhat more resistant to being dropped or stepped on, though. That resilience means you’re less likely to have to replace pieces broken during transportation or installation.

You can also purchase copper plumbing in both rigid and flexible versions. More flexible copper pipes can provide you with easier installation at the cost of a little durability.

The Pipe for You

We hope you enjoyed this comparison of PVC plumbing vs copper plumbing. To learn more about how to fix plumbing problems at home or find a quality plumber, give us a call or check out our other articles.